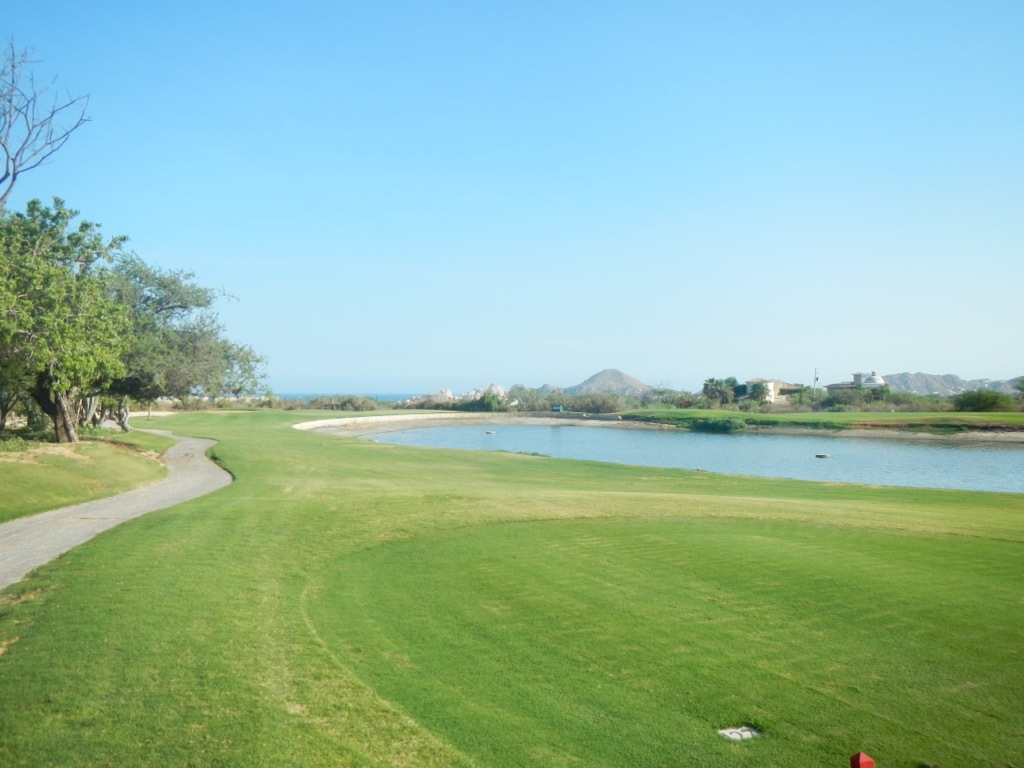 Saturday morning Loni slept in until sometime after noon while Sam watched TV and I fiddled with WordPress. That was ok, the big event of the day wasn’t until 2pm. When Loni got up and prepped for the day, we grabbed a couple of sandwiches and head to the Cabo san Lucas Country Club .

We had booked “Twilight Golf”, which apparently means starting anytime after 11am. We were starting very late and it was fine. We let one group of Australian guys play through on the second hole. After that we had the entire course to ourselves. This turned out to be a good thing. When it comes to golf; Sam has a lot of potential, this was Loni’s first time ever, and my game is completely hopeless. We needed a lot of time. I think the first hole took half an hour though we did pick up the pace a bit as the day progressed.

All that being said, it was really fun. The rules of the game barely played a role. If we didn’t like where the ball was, we’d just move it. We each developed our own specialties. For Loni it was the bushes and trees, for Sam it was the water, for me it was sand traps. We got to drive around in golf carts (a first for me) and the lady driving the beer cart checked up on us three or four times. We were grateful. By the 14th hole it was getting dark and Loni was getting hungry so we called it a day.

We finished up with dinner at Cabo Wabo (awesome stuffed mushrooms there, I highly recommend them), a run to the grocery store, and a really terrible vampire movie. It was a good day.