The Battle for God

I read this introduction to the book The Battle for God

, By Karen Armstrong, and thought it was very insightful. It appears to be taking a balanced historical view of the causes of religious fundamentalism. [iframe style=”width:120px;height:240px;” marginwidth=”0″ marginheight=”0″ scrolling=”no” frameborder=”0″ align=”right” src=”//ws-na.amazon-adsystem.com/widgets/q?ServiceVersion=20070822&OneJS=1&Operation=GetAdHtml&MarketPlace=US&source=ss&ref=ss_til&ad_type=product_link&tracking_id=hawksprphotog-20&marketplace=amazon&region=US&placement=0345391691&asins=0345391691&linkId=WE2KJZC43LARAYNA&show_border=true&link_opens_in_new_window=true”]What I thought was particularly interesting was the tension between Mythos, those things that give life meaning and Logos, those things that help us to understand our world. Over the years I’ve been occasionally concerned that our ability to understand and manipulate the world around us is getting far ahead of our ability to cope with these capabilities. It doesn’t mean those capabilities are bad, but it might mean that we’re out of balance.

The more recent systems, typically religious systems, that provided us with meaning and purpose aren’t working for us anymore. When the foundations that support these belief systems diverge sufficiently from what we have learned to a point that denial is necessary to maintain them, we get pretty stressed. This can make us angry, which can lead to violent behavior ranging from nasty comments on Facebook to racism, bigotry and beheadings. We apparently went through this during the agricultural revolution as well eventually adapting our belief systems to our new found technological circumstances

with its resulting wealth and relative leisure. All of the gods that were required to make everything work and each needing to be appeased in some way were replaced by a more simplified and easier to manage monotheistic approach (at least in the west). We still had a god as the explanation of last resort and someone we could claim to be accountable to in order to justify our actions. This turned out to be much more successful than the old polytheistic approach and those who didn’t get it were marginalized, persecuted, and eventually became novelties and oddities or died out completely. The struggle, of course, took several generations with a lot of intermediate belief systems being developed in the process and a lot of violent disagreement between those with different points of view.

We’re at a point now where the god notion isn’t helpful at all as an explanation. 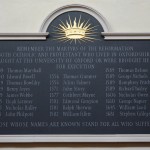 There are no little men and women inside making things go as in the pre-agricultural days nor is there a need for a puppet master with his fingers in everything to make things work. What we’re able to observe and extrapolate from those observations seems to be a sufficient explanation for why things do what they do. It doesn’t mean that that those prior systems were bad, they were quite useful, it just means that we’ve found better ways to explain things[1. This, by the way, is how science works. At least ideally. Pick the best explanation available until you find a better one then leave the old one behind.]. But this isn’t enough. It’s only half of the value provided by these beliefs. It answers “how” questions very well, but doesn’t answer “why” questions well at all unless you’re satisfied with “because that’s the way it is”. In the system we’re evolving from “why” was answered by “because it’s God’s plan”. That worked for a long time. It made us feel comfortable. It helped us understand our role. It made life easier because there were a lot of things that we didn’t have to expend energy thinking about. We could just be soldiers and let the general do all the heavy lifting. It’s a good life.

It turns out that there may not be a plan or a general. We now find ourselves in a situation where we may have to take more responsibility for our lives and actions than we thought we did. 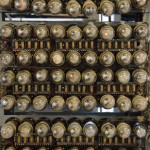 Oh no! Now what? We’re now accountable directly to each other and directly to the only world and universe that we’re aware of. No pushing the blame and responsibility to someone else. This is terrifying for a lot of people. It’s why they resort to violence in order to try to go back to the days when they didn’t have to be responsible. There’s no going back and wishing or anger or denial won’t help, on either side. The discussions about how to be accountable to each other will continue. The debate around how to treat our LGBT friends is an example of this. The discussions about how to be accountable to the world we live in will continue. The debate around climate change is an example of this. As with all changes, we’ll either figure it out or die trying. It will be a struggle and there will be a lot of casualties, but I’m hoping we get there. What alternative do we have?