Henry Fox Talbot was one of the pioneers of photography, particularly with respect to some of the arcane chemistry that early photographic processes required. The Fox Talbot Museum is in Lacock. Fox Talbot is one of the descendants of Sir Henry Sharington, the brother of Sir William Sharington who acquired Lacock Abbey from Henry VIII. He was a gentleman with lots of spare time on his hands. In this case he used it well. Not only did he make significant contributes to photography, he wrote several books on an array of topics and was one of the first decipherers of cuneiform.

I didn’t get many pictures from the museum, but it is an interesting place. People like Fox Talbot, who cover and make contributes to many topics are rare. 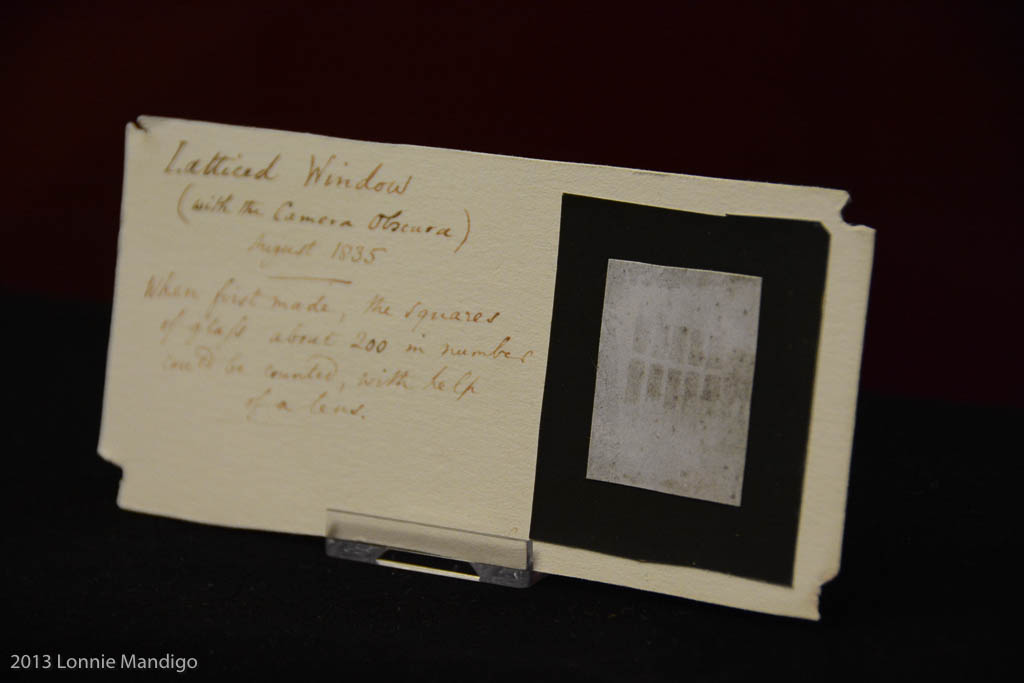 I think this is the oldest image in the museum.